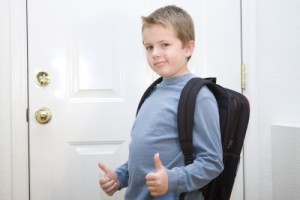 Working with Sandy helped me a lot. I had trouble remembering a lot of information at school and my grades in math were very poor. She helped me to be able to think more clearly, remember more information and I have been doing better in Math and English. In English I can write faster and for Math I have been able to pay closer attention to the teacher and I get the concepts faster.
~ Biglerville teenager

His greatest improvement this past year I think has been his concentration. He can stay focused for longer periods of time, therefore, his comprehension (when listening) has improved, and he’s able to accomplish more in a shorter amount of time with fewer disruptions from himself. ALSO, he is applying skills that he has learned independently, such as phonics, to sound out new words & attempting to spell words. ALSO, and this may be the most important thing…he is much more confident, and he is not so hard on himself when he gets something wrong. He is a natural perfectionist and likes to do his very best, but in the past he was more and more discouraged because his best was never perfect. YOU HAVE HAD AN ENORMOUS IMPACT ON HIM IN THIS AREA. When you worked with him you consistently told him “you don’t have to be perfect”, and he began to believe you. We have been trying to help him understand that for years, but he was beginning to give up on trying. You were never negative with him and even though you pushed him and challenged him you never gave him the impression that you were disappointed in his performance. This was huge for him! He now knows he’s not “stupid”, which is how he has felt having to do the same reading and phonics over and over for 3-4 years, and is very willing to keep learning, even though it may be hard for him.
~ Gettysburg parent of a dyslexic 3rd grader

Last year my son was struggling with his homework for an hour and a half or more each night. He worked with Sandy over the summer, and is now doing his homework in half the time, with very little help from me.
~ Gettysburg parent of a 3rd grader

Working with Miss Sandy has had a positive impact on my daughter in many ways. Her grades have improved; she works faster, understands assignments with more ease and now enjoys reading. She is better at multi-tasking, problem solving and her self- confidence has been given a large boost! I wish I had known of these approaches when she was in elementary school. I’m certain it would have prevented many years of struggling and frustration.
~ Biglerville parent of a 7th grader

My child was struggling in school and wasn’t getting the help he needed. School work and homework were a struggle for him. He would say that he hated school and he was only going into the third grade. We had to do something! We heard about The Learning Curves and started this last September. Since he has started the program, he doesn’t complain about doing homework and has been doing better with his school work.
~ Biglerville parent of a 3rd grader

Our daughter was struggling through another year of 1st grade when her teacher recommended tutoring with Sandy Hartzell. In our first meeting with Sandy, we knew that Sandy would be dedicated to getting our daughter the help that she needed so that she would not struggle so much through school. Sandy has far surpassed our expectations. She has been a blessing to us and especially to our daughter.

Sandy worked consistently with our daughter and she has progressed very well, her reading level increased from a K-3 level, where she was at the beginning, to a 2-1 level at the end of the school year. Her spelling grade had also increased from a “C” average to an “A” average.

As I said earlier, Sandy has far passed our expectations. Sandy, and The Listening Program have truly been a blessing to us and our daughter. We would highly recommend Sandy and any of these programs to anyone who has a child struggling with school.
~ Blue Ridge Summit parent of a 2nd grader